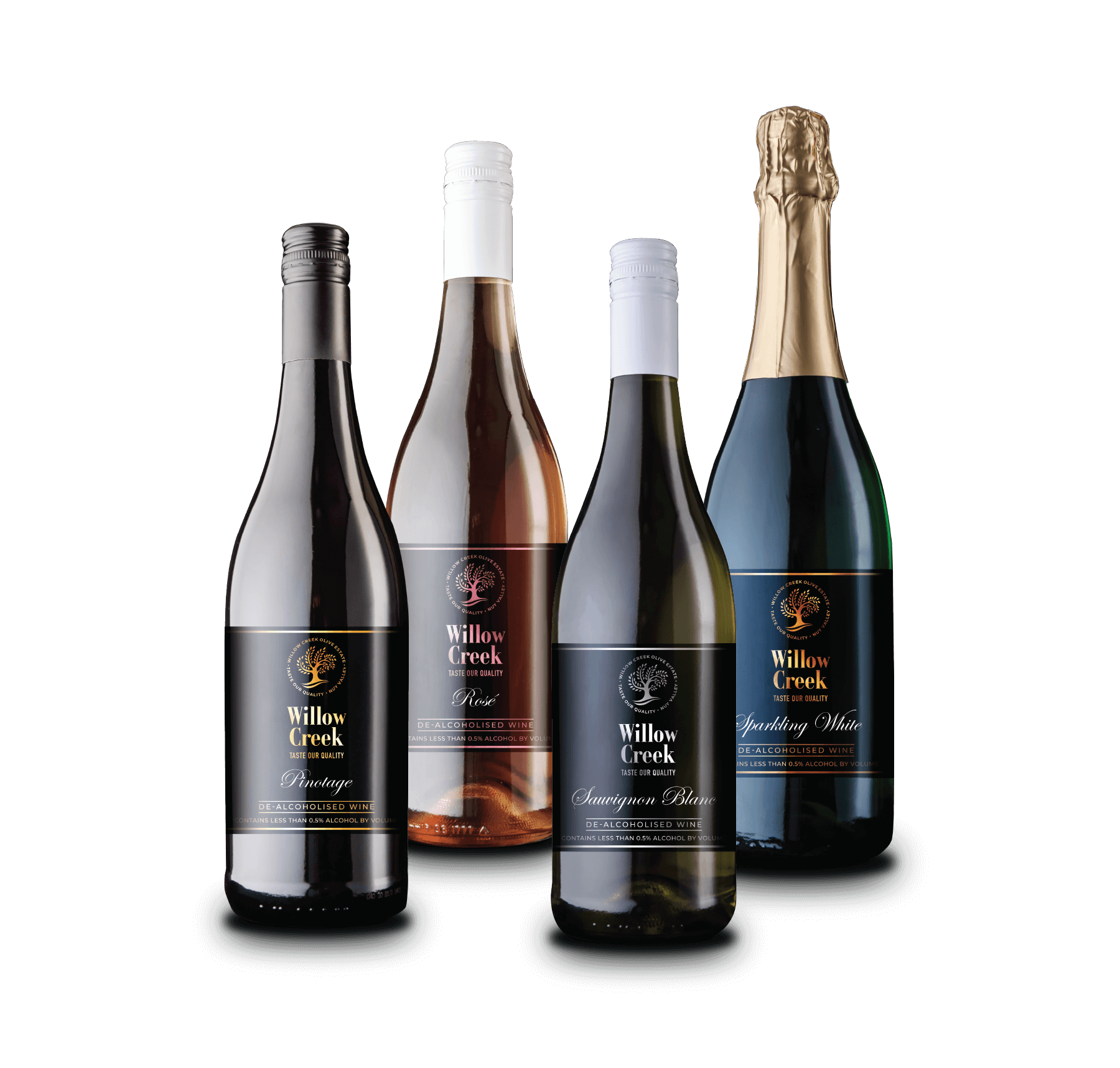 Low in alcohol, sugar and calories, our premium de-alcoholised wines are produced from the finest grapes harvested at optimal ripeness. After the conventional fermentation and wine making process are completed, the alcohol is removed utilising a spinning cone at low temperatures under vacuum.

This allows people to enjoy the pleasure and nuance of a fermented beverage without the negative impact that alcohol can bring.

For a bit more insight and technical description of the procedures in the production of normal and de-alcholised wine please read the article written by Paul Grinstead of Conradie Penhill Artisanal Wines.

Following crushing and de-stemming of the grapes, the juice is stored in fermentation tanks where it is inoculated with selected yeast strains. Fermentation then takes place for 28 days at 11 Degrees Celsius. The wine is the racked off the fermentation lees, stabilised, matured in oak casks if required, filtered and then bottled.

De-alcoholised wine is produced through Spinning Cone Column (SCC) technology which was originally developed in Australia. It is currently marketed world-wide by the Californian company ConeTech Inc.

The SCC is a vertical stainless steel column in which inactive gas is used under vacuum to remove volatile components from clear or cloudy liquids. As a result of gravity it flows from the top end of a permanent cone onto the first rotating cone below it. Centrifugal power flings it up against the top end of the rotating cone, where it falls over the edge to a lower permanent cone, after which the whole process is repeated. Eventually the product will land at the bottom of the column. By means of a special technique aromatic vapour is formed under vacuum, moving upwards over the thin fluid layer and collecting volatile components. The vapour is removed from the top of the column and caught in liquid form after condensation. The SCC is therefore a mechanical method to remove the undesirable products of alcoholic fermentation. Through this method alcohol may be removed entirely from wine.

Our neighbouring wine cellar in the Nuy Valley, the multi award-winning Conradie Penhill Artisanal Wines have successfully leveraged this technique to produce high quality de-alcoholised wine products and are the perfect partner for Willow Creek to develop their exciting new range of four premium de-alcoholised wines consisting of a Pinotage, Sauvignon Blanc, Rose’ and a dry Sparkling white wine.